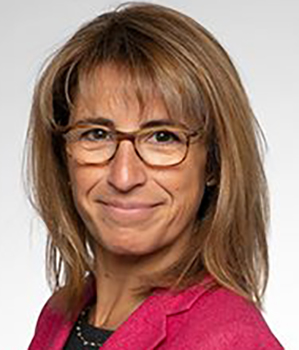 Ana Giros is SUEZ Group Senior Executive VP, member of SUEZ Executive Committee, in charge of the APAC (Asia, Australia) and AMECA (Africa, Middle East, Central Asia) Regions and Industrial Key accounts. SUEZ is a worldwide leader in water and waste services for over 160 years operating in all 5 continents. She was previously CEO of the Latin America Business Unit She joined SUEZ in October 2015, after various National and International positions at Alstom Transport since 1997. Part of Alstom Executive Committee, she was appointed CEO of the Services Division in November 2009 and CEO of Alstom Transport France in May 2014. She is member of the Board of Directors at Bureau Veritas. Ana Giros holds a degree in Industrial Engineering in Power Electronics and Electromechanical Systems from Polytechnic Engineering School of Barcelona (ETSEIB). She also graduated from INSEAD and IMD.