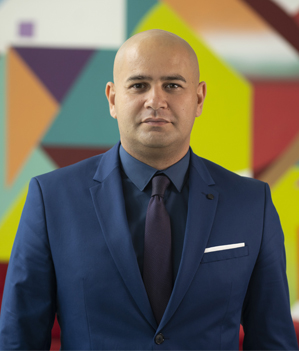 Adnane Ben Halima is Vice President in charge of public relations for the Mediterranean region of Huawei Northern Africa. He holds a degree in computer engineering and began his professional career as a research and development engineer at ST-Microelectronics. Adnane joined Huawei Technologies in 2005 where he held several positions of responsibility in several countries, including Morocco as Regional Director of the wireless department, Tunisia as Deputy Managing Director in charge of sales and strategy for Tunisia and Libya.