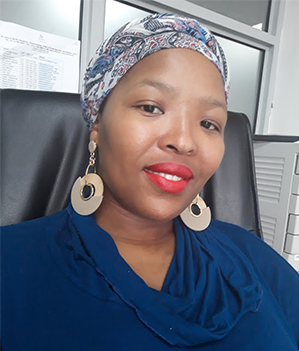 Currently, she is the Acting Head of Industry Development at NFVF overseeing funding, training, coproduction, production, and development. Yolanda Ncokotwana is a TV and film professional. Her experience spans across live productions, documentaries, and scripted content.  She began her television career in broadcasting where she worked her way up from production to Commissioning Editor. As a story consultant, she has worked on over 30 titles including multiple award-winning films.  As a Development and Production Manager she was responsible for overseeing funding on documentary projects like Buddha in Africa, The Sound of Mask, Skulls of my People, How to Steal a Country, Influence, etc.  She is responsible for the managing the co-development incentives and has recently spearheaded the Netherland/SA co-development fund and setting up the NFVF/Netflix coproduction initiative. Yolanda is a solid Project Manager who has organised finance forums on behalf of the NFVF and has previously been part of a team that led SABC content strategies for various flagship programmes and international sporting events.