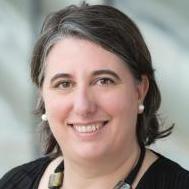 Maria Shaw-Barragan is the Director of the Department in the European Investment Bank (EIB) that handles the lending operations in Africa, Caribbean and Pacific, Asia and Latin America. Maria joined the EIB in 1997 and has had a number of responsibilities, including as Head of the Strategy Division of the EIB until June 2016. Previously, Maria was heading the division in charge of restructuring, new products and equity investments in the Legal Department of EIB.