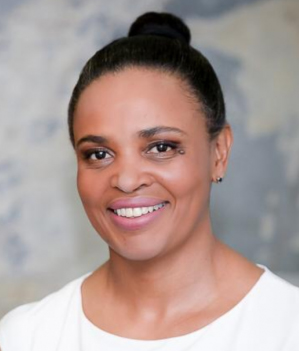 Portia Derby is the current Group Chief Executive of Transnet SOC Ltd, appointed February 2020. She has occupied senior positions in the South African government during a period of major economic reform. Portia is a former Director-General of Public Enterprises (2005 – 2009) responsible for Corporate Strategy and Structure of the Investment Portfolio (2004 – 2005) and former Chief Operating Officer of the Department of Trade and Industry (2002).

Portia’s career in government started at the National Institute for Economic Policy (NIEP). Portia has also been the Chief Operating Officer of the National Investment and Trade Promotion Agency and has worked in the private, as an Executive Director at Aurecon, an international engineering and infrastructure advisory company.