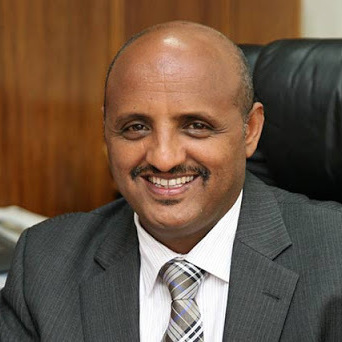 Mr Tewolde GebreMariam Tesfay is the Group Chief Executive Officer of Ethiopian Airlines since January 2011. He began his career at Ethiopian in 1985 and served in different capacities in the cargo traffic handling department
and progressed up the ladder to Manager of Cargo Traffic Handling. He was appointed as Regional Director for India and Southeast Asia based in Bombay and later on transferred to Jeddah as Area Manager for Saudi Arabia.