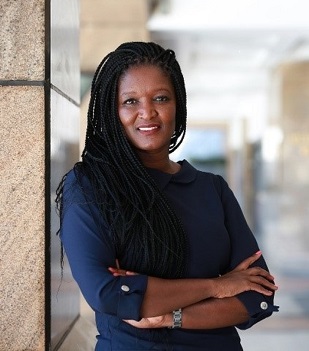 A citizen of Botswana, Tshepidi Moremong was appointed Chief Operating Officer of Africa50 in July, 2021. She will lead a multi-disciplinary team including Fundraising, Investor Relations, Strategy, Human Resources and Administration, Communications, and Environmental and Social Governance. She is a seasoned executive with more than twenty years of experience in private equity, corporate finance, and business development.

Before joining Africa50, Tshepidi spent nine years at Rand Merchant South Africa, where she was the Head of Client Coverage for Africa (ex. South Africa), with responsibility for business development and client relationship management across nine markets. Prior to this she was Business Development Director for SADC. During her tenure, Ms. Moremong successfully built and led a multi-regional team which delivered significant results for RMB’s rest of Africa franchise. Her career includes time spent with institutions such as private equity firm 8 Miles, and as a Vice President at Renaissance Capital, and as an Investment Principal at Aureos Capital from 2002-2008. She started her finance career as an Associate at Goldman Sachs in the UK.

Ms. Moremong has previously served as Chairperson of the African Venture Capital Association, and has held directorships for both listed and unlisted companies in Africa. She holds a Bachelor’s degree in Economics and Public Policy from Swarthmore College and an MBA in Finance from Columbia University Business School.