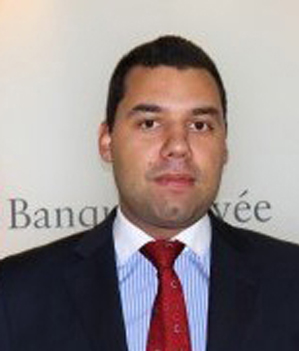 Mathieu Limido-Reucher is graduated in Business Law from the University of Paris Sorbonne, an academic background completed by a Master in Law and Finance from the University of Milan. Mathieu has started his career with BNP Paribas and notably in the Corporate & Investment Banking department of BNP in Bahrain in 2003 before relocation to Milan and Monaco, first as team member of the Asset Management department and then as part of the Wealth Management team. In 2011, Mathieu joined EFG Group as Vice President at EFG Banque Privée, Paris, France. Meanwhile, he has held various growing positions among which Vice President at EFG Monaco until 2013 before moving to Luxembourg in 2014 where ever since he works as Senior Vice President at EFG Bank (Luxembourg) SA.