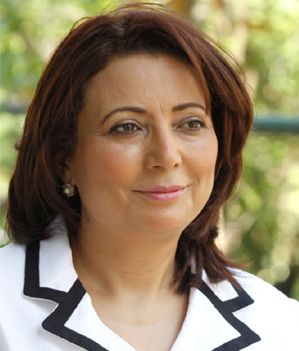 Owner and administrator of the Hedi Bouchamaoui Group, Ms. Bouchamaoui was President of the Tunisian Union of Industry, Commerce and Handicrafts, the first woman to be elected to this position from May 2011 to January 2018. In 2013, together with the Tunisian General Labor Union, they launched the National Dialogue initiative, joined by the League for Human Rights and the Bar Association and formed the Quartet, which was awarded the Nobel Peace Prize in 2015. Ms. Bouchamaoui has been involved for many years in various Foundations to promote education, parity, and dialogue to establish lasting peace.