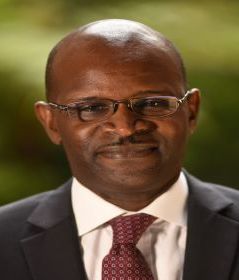 Aliou Maiga is IFC’s Regional Director for West and Central Africa, overseeing all operations in the sub-region. He leads the implementation of IFC’s strategy in all sectors and manages relationships with key clients, partners and governments. During his 17 years at IFC, he has held positions with a variety of responsibilities, including regional sector manager, financial institutions group for sub-Saharan Africa, resident representative in Ethiopia, and regional director of the financial institutions group for East Asia and the Pacific. Over the past decade, he has been instrumental in developing IFC’s financial institutions business in Africa and East Asia. Prior to joining IFC, Mr. Maiga worked at Credit Lyonnais Capital Markets and Booz Allen & Hamilton (Europe). He holds an engineering degree from SUPELEC (France), and an MBA in general management from the International Institute for Management Development in Lausanne, Switzerland.