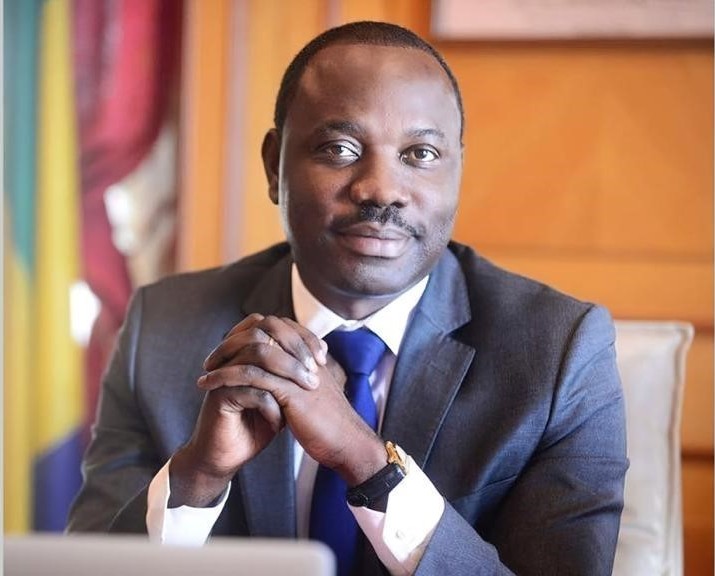 Appointed Minister of Investment Promotion, Public-Private Partnerships, in charge of improving the business climate since March 8, 2022.
Previously, Minister of Trade, SMEs and Industry from 2019 to 2022 and Minister of Transport, Equipment, Infrastructure and Public Works in 2019.
Mr. Hugues MBADINGA MADIYA has also held the position of Director of Cabinet of the Prime Minister, and high positions in the Gabonese administration (Technical Advisor to Ministries (2008-2014), Deputy Secretary General of the Ministry of Budget in 2014, Director General of Debt in 2017.
He graduated from the Institute of Economics and Finance (IEF) in 2004. He holds an MBA in international high finance obtained in 2015 (IFG and University of Paris 1 Panthéon Sorbonne) and an Executive Master from Sciences Po Paris obtained in 2017.