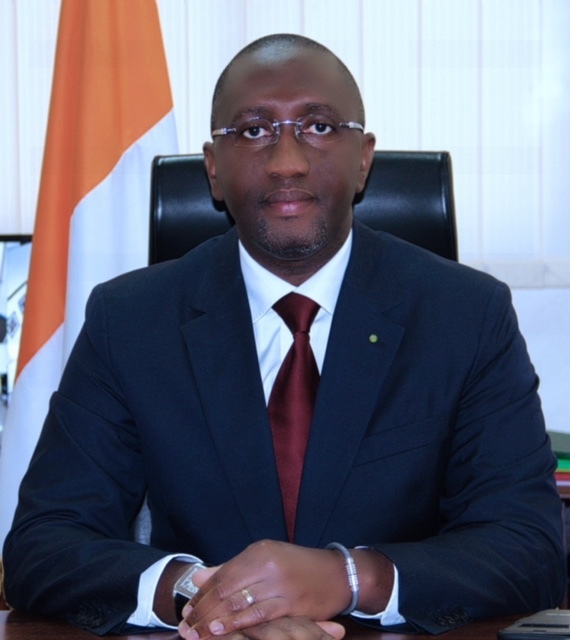 Souleymane DIARRASSOUBA is Minister of Trade, Industry and SME Promotion.
Until he joined the Government in January 2017, Souleymane DIARRASSOUBA was the General Manager of the Atlantic Business International Group (ABI), a subsidiary of the Banque Centrale Populaire du Maroc Group. Prior to Atlantic Bank, Souleymane Diarrassouba held positions of responsibility in several banks, including SIB (Crédit Lyonnais), COBACI, ECOBANK and VERSUS BANK.
His leadership and his understanding of the national and regional banking industry enabled him to be elected by his peers as President of the Professional Association of Banks and Financial Institutions of Côte d’Ivoire (APBEF-CI) and President of the Federation of Professional Associations of Banks and Financial Institutions of the WAEMU (FAPBEF-UEMOA).
With the responsibility for Trade, Industry and the Promotion of SMEs, Handicrafts and the Promotion of Private Investment, he is the privileged interlocutor of the private sector in the Government.