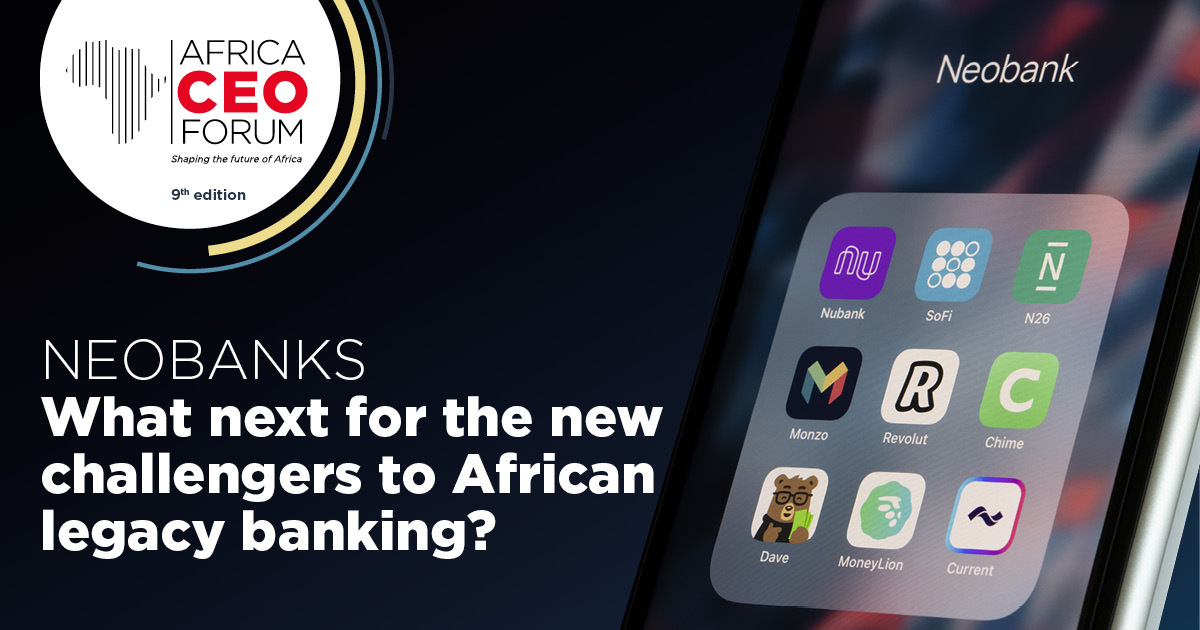 Africa-focused neobanks are riding the wave of online banking’s growing global influence and are attracting big investment, creating another challenger beyond mobile money for legacy banks. But can they be any more successful in serving the unbanked than traditional counterparts?

Two of the biggest African neobanks are taking big strides: Kuda in Nigeria and TymeBank in South Africa.

South Africa founded TymeBank, which recently moved its headquarters to Singapore, in February won $109 million in funding from British and Philippine investors, including Apis Partners and the Gokongwei Group. In August, Kuda received $55m in a third funding round that valued the neobank at $500m – making it the 7th biggest among all Nigerian banks.

The intersection of high mobile phone penetration and mass numbers of unbanked or underbanked Africans are key drivers to neobank and fintech customer growth.

But Africa still lags other continents in neobanking exposure – less than 20 of the world’s 300+ neobanks are African-focused.

“The top funding guys in Africa are still behind some of the numbers you’re seeing in Europe, in Asia, in South America,” said Barcelona-based Exton Consulting analyst Lance Daniels, who co-authored a recent report on global neobanking movements.

African neobanks, he said, are attracting many first-time banking clients compared to Europe where the focus is converting customers to digital-only. “It’s still ramping up in Africa whereas a lot of other markets are reaching neobank saturation,” he added.

In a couple of years Kuda has onboarded 1.5m mostly retail clients, while TymeBank has 3.5m and continues to onboard 100,000 more a month.

TymeBank favours what it calls a hybrid ‘high-tech, high-touch’ approach in South Africa that has seen about 85% of its clients onboarded face-to-face via some 1,000 kiosks it has erected inside supermarket partners Boxer and Pick n Pay.

Not only does this retail presence help build customer profiles and give TymeBank the kind of geographical coverage few banks’ branch plus ATM networks can match, it has also helped attract large numbers of women adverse to ATMs because their use can incur high fees, are located too far from home or present a personal safety threat, according to TymeBank chief growth officer, Rachel Freeman.

“What we found is that low numbers of South African women use ATMs,” Freeman said, noting more than half of TymeBank’s customers are women.

British banking giant Standard Chartered is moving headlong in this ‘agency banking’ direction with 10,000 ‘touch points’ in Uganda up and running. A deal with telco Airtel Africa is set to broaden its exposure in similar ways across 15 African countries.

The bank’s Africa and Middle East CEO, Sunil Kaushal said women in particular would benefit as “bank branches are not always close to women, especially in conservative cultures or rural regions”.

What next for legacy banks?

Legacy banks are starting to borrow from the neobanking digital playbook, even if analysts like Hendrik Malan, the South Africa-based CEO of analyst Frost & Sullivan Africa are sceptical about their ability to succeed.

“They are trying to delay the attrition process with transactional offers as long as they can but they are geared toward a different kind of customer,” he said. “Contorting themselves to compete with a whole different set of competitive actors is not going to work unless they create parallel brands under a broader umbrella servicing the transactional banking client at the bottom and then the more traditional clients at the top.”

Kaushal said all incumbent banks had to crack their ‘organisational inertia’ if they wanted to succeed in the digital environment. “It requires an inflight change not just of technology, but of entrenched structural costs and legacy mindsets of all banks, clients and regulators,” the CEO said.

Standard Chartered has moved in this direction by going 100% paperless, conducting all onboarding digitally and is in the process of converting all legacy customers onto digital platforms. Two thirds of ‘regular banking services’ are now conducted via its app.

Consequently, the bank grew its customer base by 500,000 since the pandemic began in March 2020 – equivalent to about “half of its legacy base” with many of them under-35 and female.

Frost & Sullivan Africa’s CEO Malan noted the fine line legacy banks are being forced to tread to hold ground and maintain profitability in the neobanking era.

“The transactional banking obviously at the bottom end of the spectrum is becoming less profitable for them; the physical footprints they need to maintain in order to do that is just not profitable – they can’t compete with the digital banks in any shape or form,” Malan said.

“The African banks of the future will most likely transform into becoming universal banks; the banks that will move towards the upper end of the scale where they provide a comprehensive set of services to their clients whether it be individuals or enterprise with the likes of insurance and vehicle financing, almost all of it done digitally.”

Traditional banks are having to act fast as nascent neobanking players like Discovery and Zero enter the fray (in South Africa) and African neobanks expand.

Since TymeBank’s February funding round, the Gokongwei Group. has stepped things up by partnering with TymeBank in a recently announced joint venture – GOtyme – that has quickly secured a Philippine banking licence from the pro-neobank regulator there and made the south-east Asian nation TymeBank’s second market.

TymeBank’s initial expansion plan targeted Egypt (where two thirds of the population are unbanked), but it was canned last year as Egyptian authorities baulked at Tyme’s wholly digital infrastructure.

“Our entire bank is in the cloud on AWS (Amazon Web Services), and the Egyptian regulator would not allow a bank that runs on AWS to actually run that stack in Egypt for reasons relating to cyber security and cyber sovereignty. We decided not to go to Egypt,” Coen Jonker, executive chairman and co-founder of TymeBank said.

South African regulators had no such qualms. By the time it launched there in late 2018 as TymeBank, it had already become the first South African bank of any stripe to secure a commercial banking licence this century.

Kuda is also set for expansion into other African markets in the short term, but Oyegun said much growth potential remains in Nigeria given it had gained only a fraction of the estimated 60m+ unbanked and underbanked Nigerians.

Kuda attributes its growth to offering overdrafts to Nigerian with minimal checks – credit which was denied to them by traditional banks. Defaults percentages rest in the “low single figures” according to Oyegun.

Nigeria-based Zenith Bank is also partnering with Kuda on services the neobank’s Nigerian microfinance banking licence does not authorise it to make such as remittances and some debit actions.

“That’s fine but we are looking into obtaining a full banking licence,” Oyegun said.

While financial inclusion remains core to most African neobanking entities, business customers are not out of the picture. Jonker noted while only about 100,000 of TymeBank’s 3.5m customers hold business accounts, “they are four times as active.”

“We are a fully-fledged commercial bank, and so we have to develop both sides of the balance sheet, the deposit side and the lending side to be successful in the long term.”

Acknowledging that “transactional banking and saving is a thin margin business” Jonker said the bank was refining its product portfolio to boost profitability and meet consumer demands.

The African neobanks are set to be joined by the likes of the UK’s biggest digital payments startup, Revolut, valued at £24bn after a recent funding round and quickly moving into neobanking territory by offering bank accounts and overdraft products.

Kiran Wylie, senior communications manager, said Revolut was focused on expanding operations in the US, Australia, Japan and Singapore before slated moves into India and Latin America, but is watching African developments with interest.

“We hope to launch in Africa in the near future,” Wylie said, noting, “Africa’s fintech infrastructure development has improved significantly.”

For Frost’s Malan, the neobanking revolution can’t come fast enough. “One of the biggest challenges in Africa has been the inability to access credit and neobanks are changing that. The African fintech services industry needs a kick in the booty and in this way Africa is ripe for the picking.” 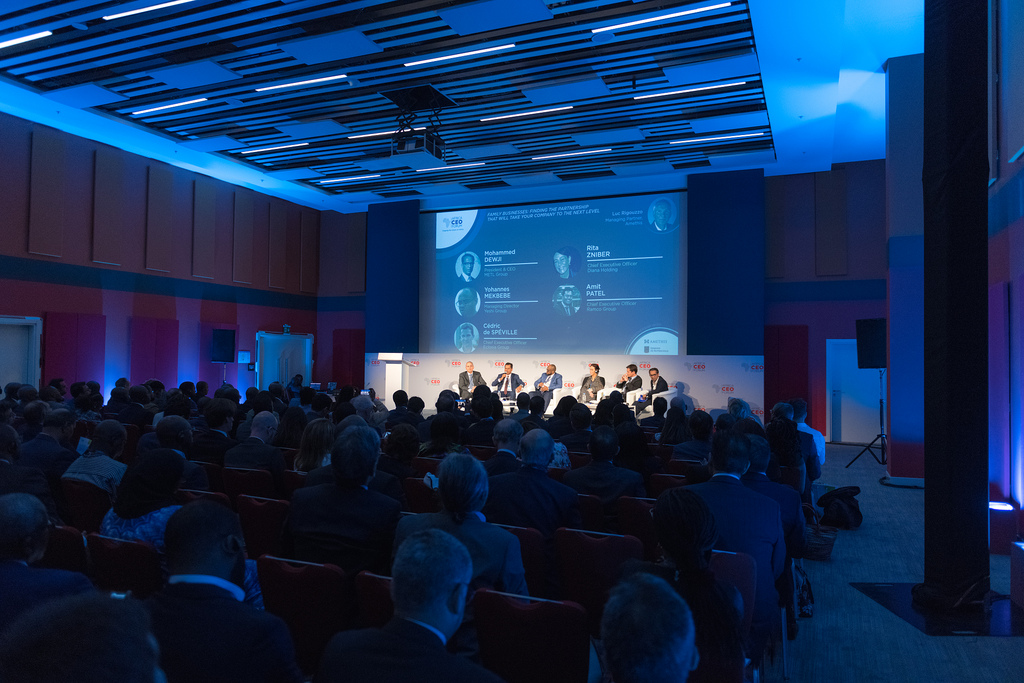 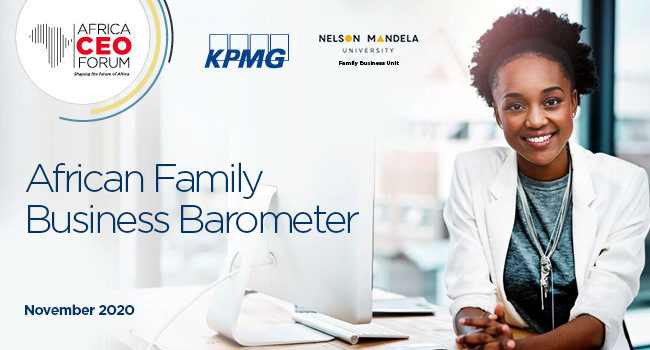 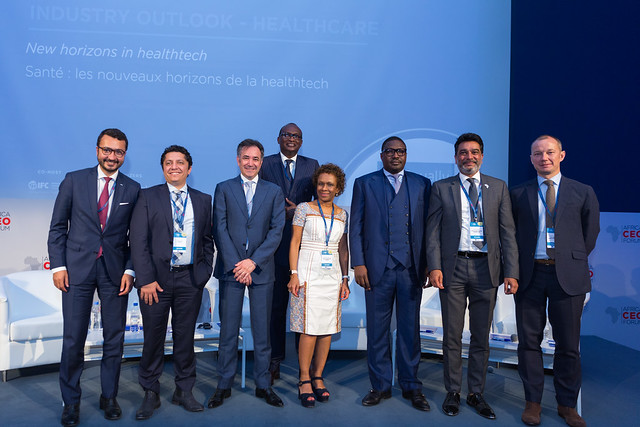 Healthtech: “Despite all the innovations, progress is still too slow”