The ARNO Group’s thousand and one transformations 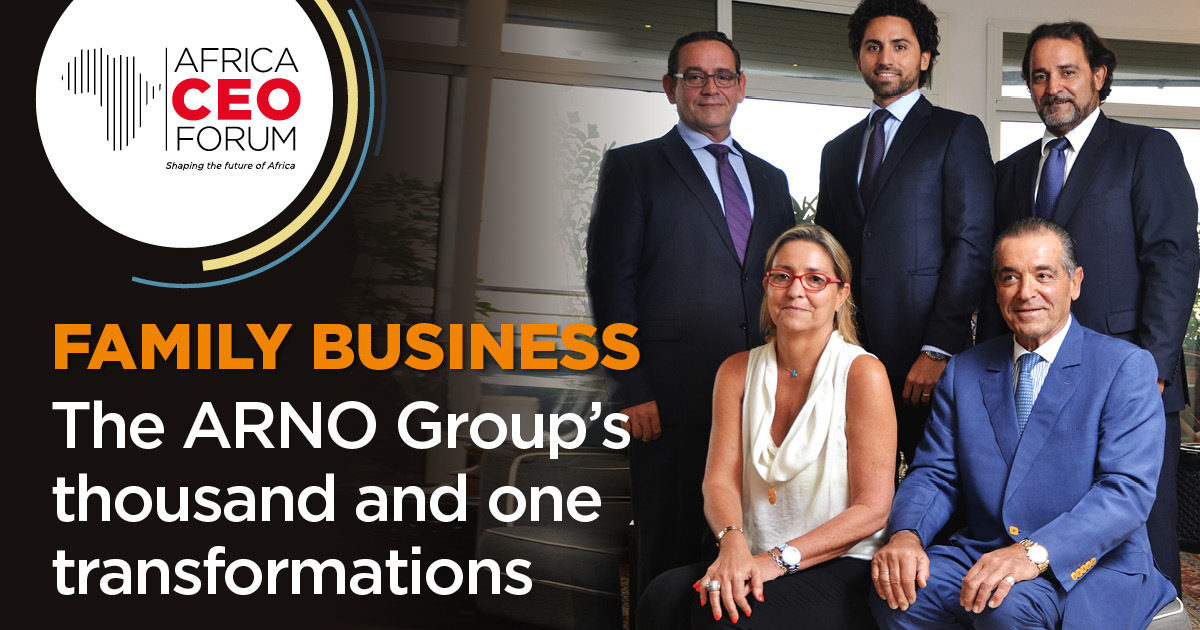 Starting out as an importer of manufactured products in Cameroon in the 1960s, the ARNO Group has constantly reinvented itself over the course of generations to become a diversified conglomerate with pan-African ambitions.

In 1965, Oryx Club, the legendary Douala football team, won the first edition of the CAF (Confederation of African Football) Champions League. In goal was a talented young goalkeeper, Anestis Arnopoulos – but Arnopoulos was already more than a football player. He was also an entrepreneur. Two years earlier, in 1963, he founded a company that would set the bar for others in Cameroon: the ARNO Group. Almost sixty years later, “everyone in Cameroon knows ARNO,” says Yanis Arnopoulos, Anestis’ grandson. The family business, still based in Douala, is active in many sectors (food and non-food retail, buildings energy, and real estate) and in 2019 posted a consolidated turnover of more than €30m, with three generations working together in harmony. Yanis Arnopoulos, Chief Operating Officer, represents the family’s third generation.

It all began with the patriarch Yanis Arnopoulos, great-grandfather of the current COO, who left his country, Greece, to join his brother Jacques. He arrived in Douala, where his brother had set up a mineral water factory. His family joined him a few years later, in August 1955, when he established his retail business. Upon arriving in Cameroon, Anestis began working for his cousin, Mr. Tsekenis, an importer of manufactured products. There, he learned the trade, going on to become a retailer. After seven years with the Tsekenis company, he opened the first ARNO store (retailer-wholesaler), which he ran with his wife, Monique. Today, his daughter Pascale manages the business. Gradually, Anestis diversified the source of his imports into clothing and textiles. First Europe (France, Spain and Germany), then Asia. In the 1970s, it was one of the first to import full-container hardware from China to Cameroon. These years marked the opening of various stores in the Cameroonian territory, in Yaoundé, Nkongsamba, Garoua and Maroua. The beginning of the 1990s marked a period of rapid change, when his children Jean-Jacques and Alexis joined the family business.

It was then that diversification became the byword for the group’s activities. Anestis, Founder and President, “left a lot of room for his sons to manoeuvre,” says Yanis, son of Jean-Jacques, leaving them “free to explore the operational side”, while he continued to manage relationships with banks and partners. From then on, his role gradually transformed into that of an “advisor” to his sons, a sign of confidence that he would not regret. The group launched its retail sales activity in furniture, as well as in the distribution of electrical, domestic and industrial equipment with the launch of its ATE (ARNO Technique Électricité) entity in 1989. In 1992, the group ventured into household appliances with ATEM (ARNO Technique Électroménager), followed by mechanical lubricant with ALM (ARNO Lubrifiants mécaniques) in 1998. The family also became the holder of several franchises for Cameroon, such as Tati (mass distribution) for five years until its liquidation, Esso (service stations) until its sale to Oil Libya, or as a representative, as it did for Korean household appliance brand LG.

The 2000s saw the Cameroonian group invest in a new industry, the building trade, with the 2007 creation of A2I (ARNO Installations Industrielles). They began by selling and installing LG air conditioning units, then tackling central air conditioning projects, or installing generators that they also sold as a representative of the French SDMO Industries. Logically, the two brothers added an engineering division to A2I and made it an EPC (engineering, procurement & construction) contractor. ARNO Installations Industrielles then become ARNO Ingénierie et installations, capable of overseeing the construction of power plants.

In 2013, the Arnopouloses went on to add mass distribution to their activities, with the acquisition of the Cameroonian franchise of Dutch group Spar, and began construction of a shopping centre in Douala as a joint venture with the Indo-Cameroonian family group Dee-Lite. In 2015, the group achieved the feat of opening the first shopping mall in the entire CEMAC zone.

2015 was also the year that Yanis joined the group as Sales and Development Director. Jean-Jacques’ son was the first to represent the third generation. At the age of 28, the young man brought to the company skills acquired and developed during his training in international management at INSEEC business school, and then at Paris-Dauphine. However, he did not initially set his sights on a career in the family group; passionate about sport fishing and all things nautical, he wanted to “design yachts”. But he was caught up in the entrepreneurial spirit of the Arnopouloses. His years of study enabled him, particularly through work placements, to gain a better understanding of the entire ARNO Group’s value chain. Very quickly, he got involved in improving the company’s structure, with the aim of building governance and a strategy commensurate with its new status as a “major, well-known group”, with some 325 people on the payroll.

When he arrived in 2015, turnover had tripled over the course of twenty years, and Yanis understood that it was necessary to “broaden the group’s scope”. “Governance is 100% family-based. Decisions are made between my uncle, my father and my grandfather,” he tells us. That year, the legal structure of the family business changed from a limited liability to a public limited company. Yanis set up an executive committee, a board of directors and operational decision-making committees to include employees from outside the family. Today, decisions to be made are first tabled by executives within the various committees, before progressing to the board of directors. The latter is composed of seven members, including two independent directors who have been selected by the family for their level of expertise – one in distribution, the other in energy. The group’s structure also involves seeking support from consulting firms in preparation for handover between the second generation (Jean-Jacques and Alexis) and the third, which will be stepping up to the plate in just a few years’ time.

Yanis’ appointment as COO at the beginning of 2020 demonstrates the confidence he has already earned from his forefathers. “My grandfather, father and uncle are like my mentors.” This deep-rooted understanding is the group’s strength, and the basis for the success of its development strategy. For the sports fishing enthusiast, “Cameroon is one of the African El Dorados”. The ARNO Group wants to position itself as “a reliable long-term partner for the development of projects in Cameroon”. Proof of this is the ARNO Energie entity (the result of a merger of ATE and A2I), of which Yanis is Managing Director, and which today represents 50% of the group’s revenue. ARNO Energie has been involved in a series of major projects since 2013: a complete overhaul of Douala airport’s electricity in 2013 as part of A2I; a total renovation in record time in 2016 of the Ahmadou-Ahidjo stadium in Yaoundé, as part of a contract worth several tens of billions of CFA francs; and the construction or renovation of stadiums, airports, hotels and hospitals for the Cameroon-hosted 2021 Africa Cup of Nations.

In addition to its major projects at the national level, the Arnopoulos family is putting in place a policy enabling them to take ARNO global, with their COO in the driving seat. Indeed, it was Yanis who suggested to his father and uncle that the group “opens up to potential investors to broaden our horizons”. The Africa CEO Forum, which Yanis has regularly attended since 2017, presents the perfect opportunity to meet with such investors. Since then, the ARNO Group has been forging numerous partnerships on the continent with other family businesses, with a particular focus on Central Africa – such as the Central African Republic, where it has energy projects – but also on West Africa, with a preference for countries with great potential but little competition, such as Benin, Togo, Niger, Mali and Burkina Faso. One of the much-publicised partnerships initiated at the Africa CEO Forum is with none other than Tunisian group Loukil (see our previous profile), with which the Arnopouloses are running a telecommunications and energy project in Cameroon. They are also in partnership with a large French family group (as yet unnamed) on major real estate projects, also in Cameroon.

Always on the lookout, the young manager wants to expose the group to new sources of financing, no longer just working with banks. Opening up the family business’ capital to investment funds is an option being seriously considered. Although this represents a “big risk”, the family is gradually trialling this with various separate activities, but currently not those of the ARNO Group. It is also studying the possibility of investing in Cameroonian start-ups in sectors as varied as energy, health, and agribusiness through a venture capital fund.

If this speed is maintained, who knows where the ARNO Group will be in ten years’ time. Yanis imagines it as a “pan-African group active in retail, energy and real estate”. The beautiful tale that has unfolded since Oryx Douala’s victory in the African Champions League one evening in June 1965 (“a story I will be able to tell my son,” says Yanis) deserves a happy ever after. 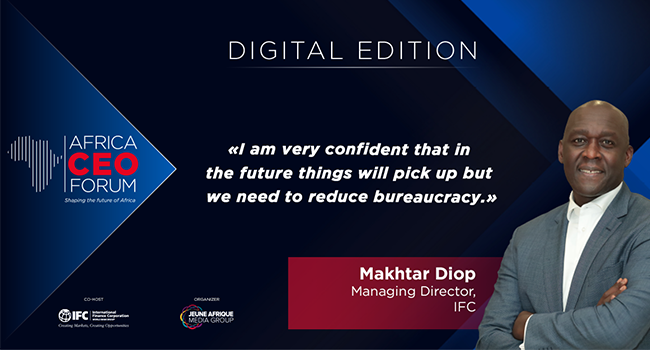 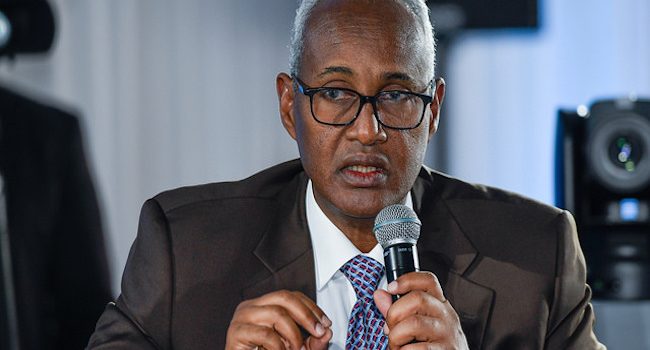 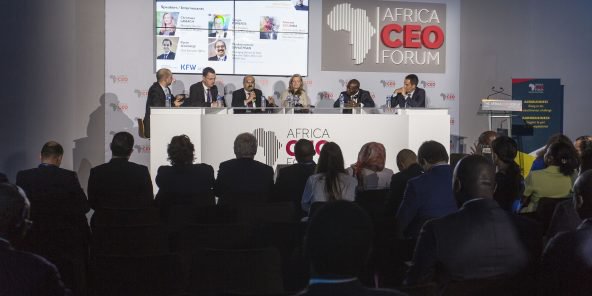