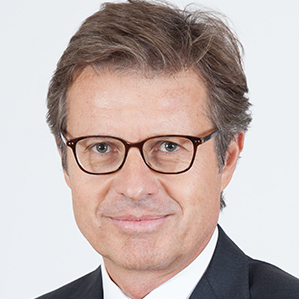 A graduate of ESCP, Richard Bielle began his career in the financial sector. In 1988, he joined Renault Trucks. In 1997, he joined ING Barings and then CFAO in 1999 as Development Director for the Automotive division’s operations. He became CFAO’s Chief Financial Officer in 2002 and then Chief Operating Officer of CFAO Automotive in 2005. He was appointed Chairman of the Management Board in 2009. Since February 2017, he has served as Chairman and Chief Executive Officer of CFAO.